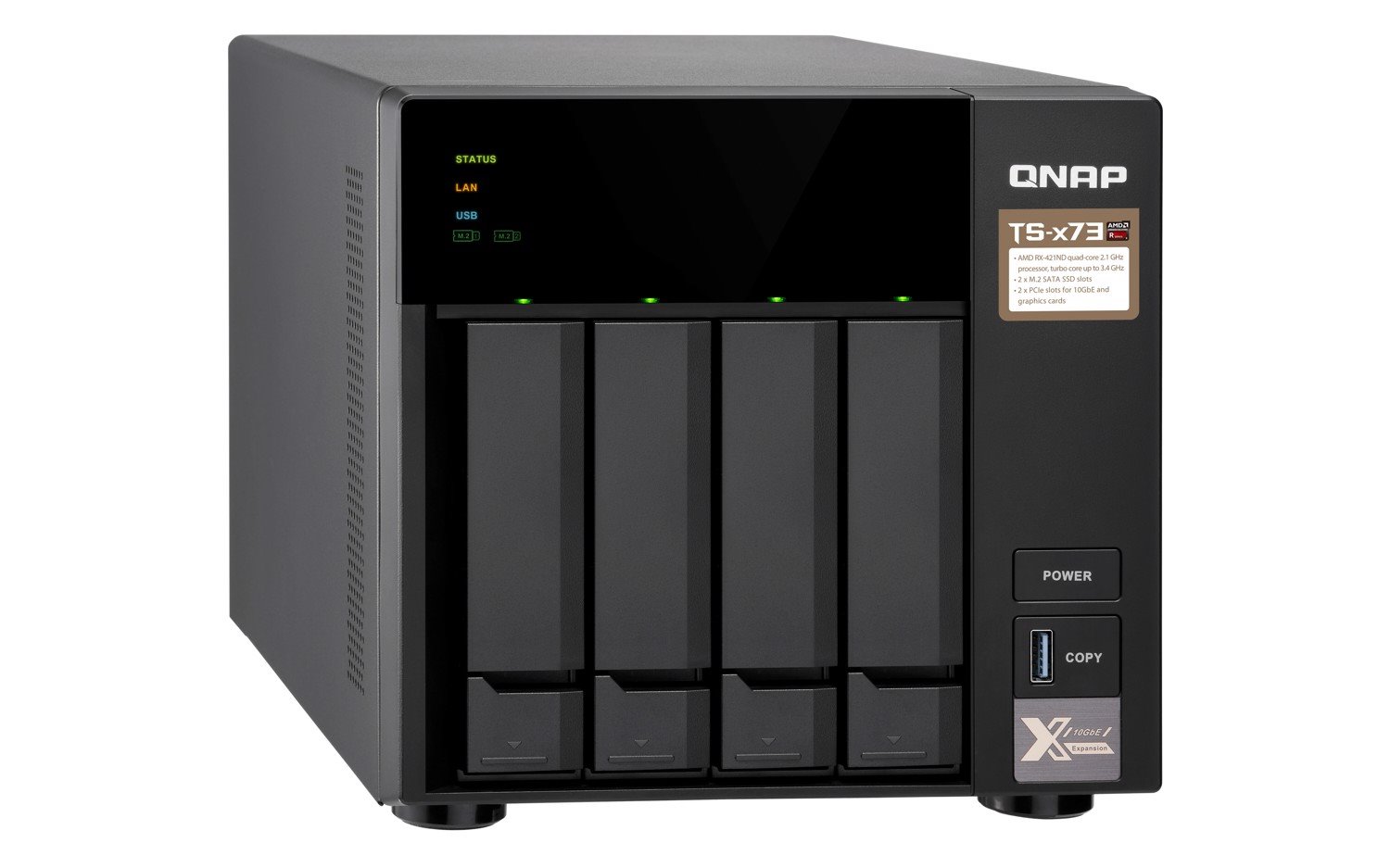 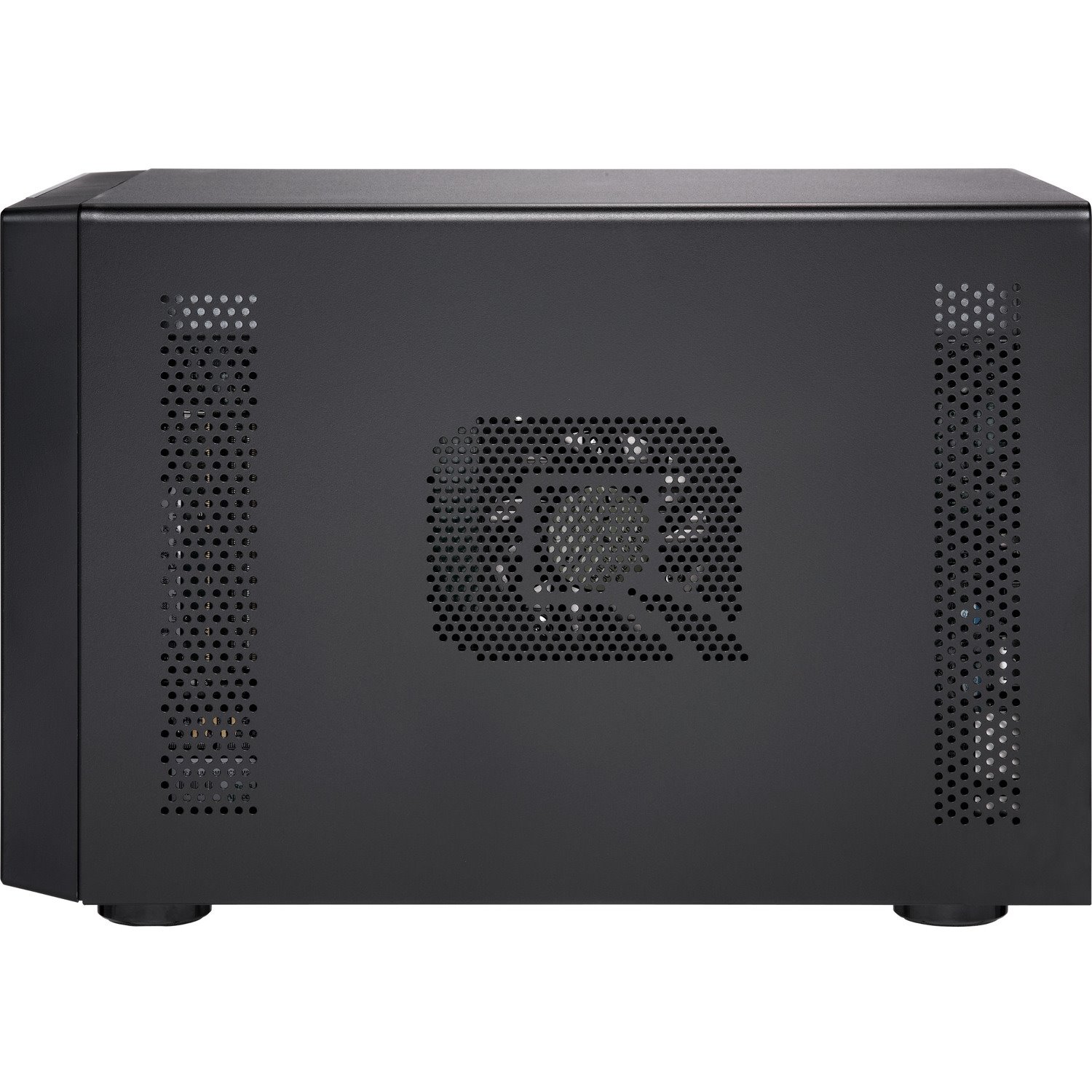 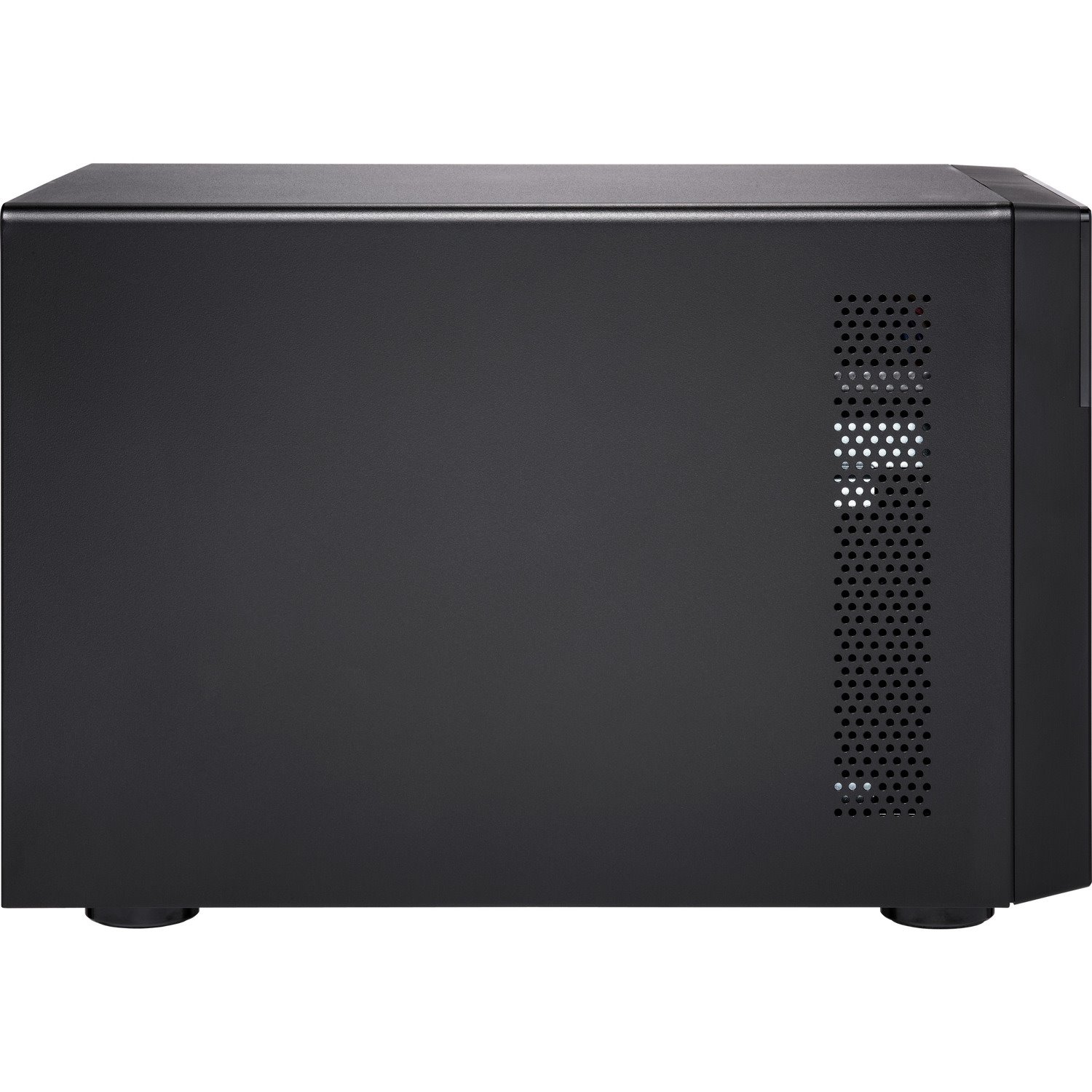 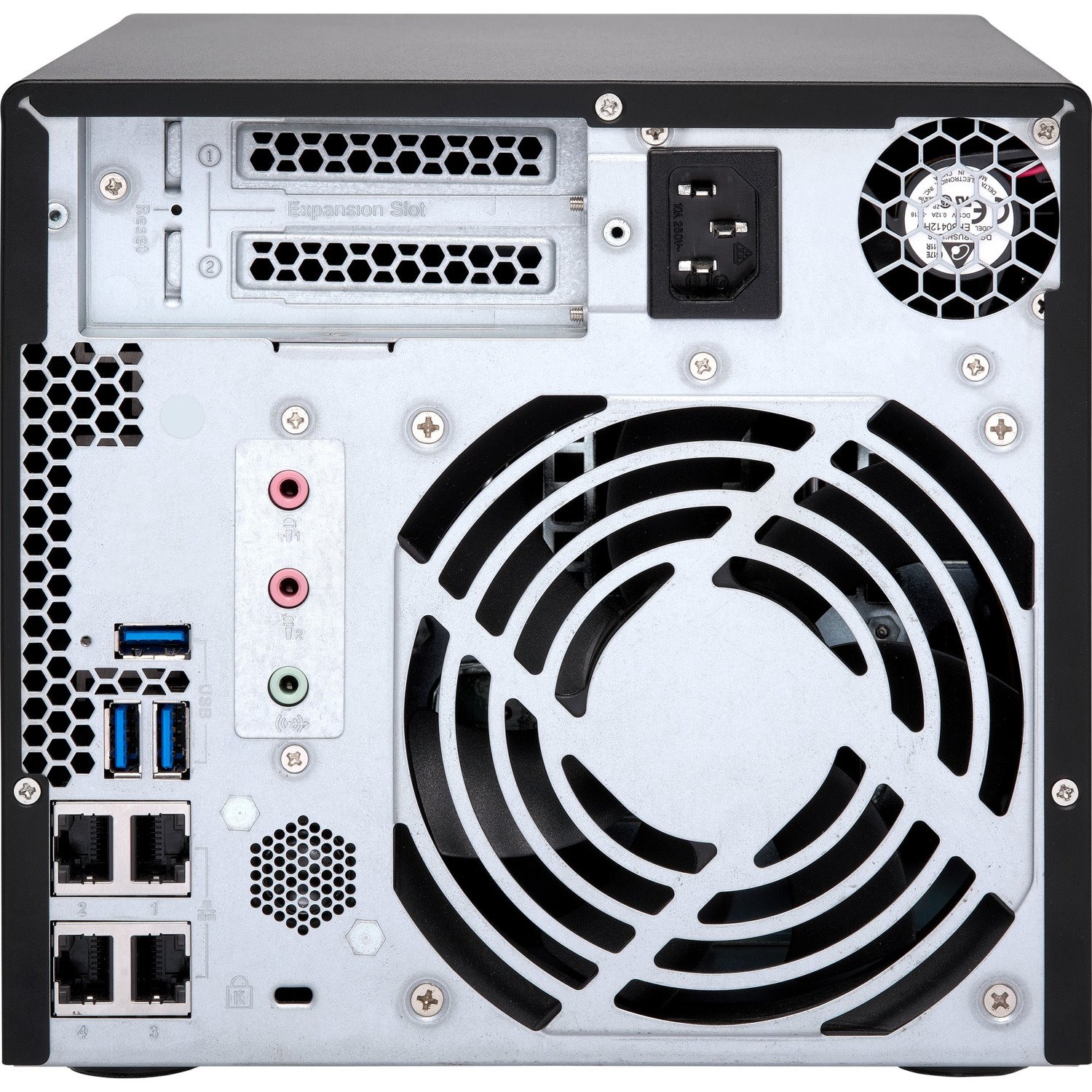 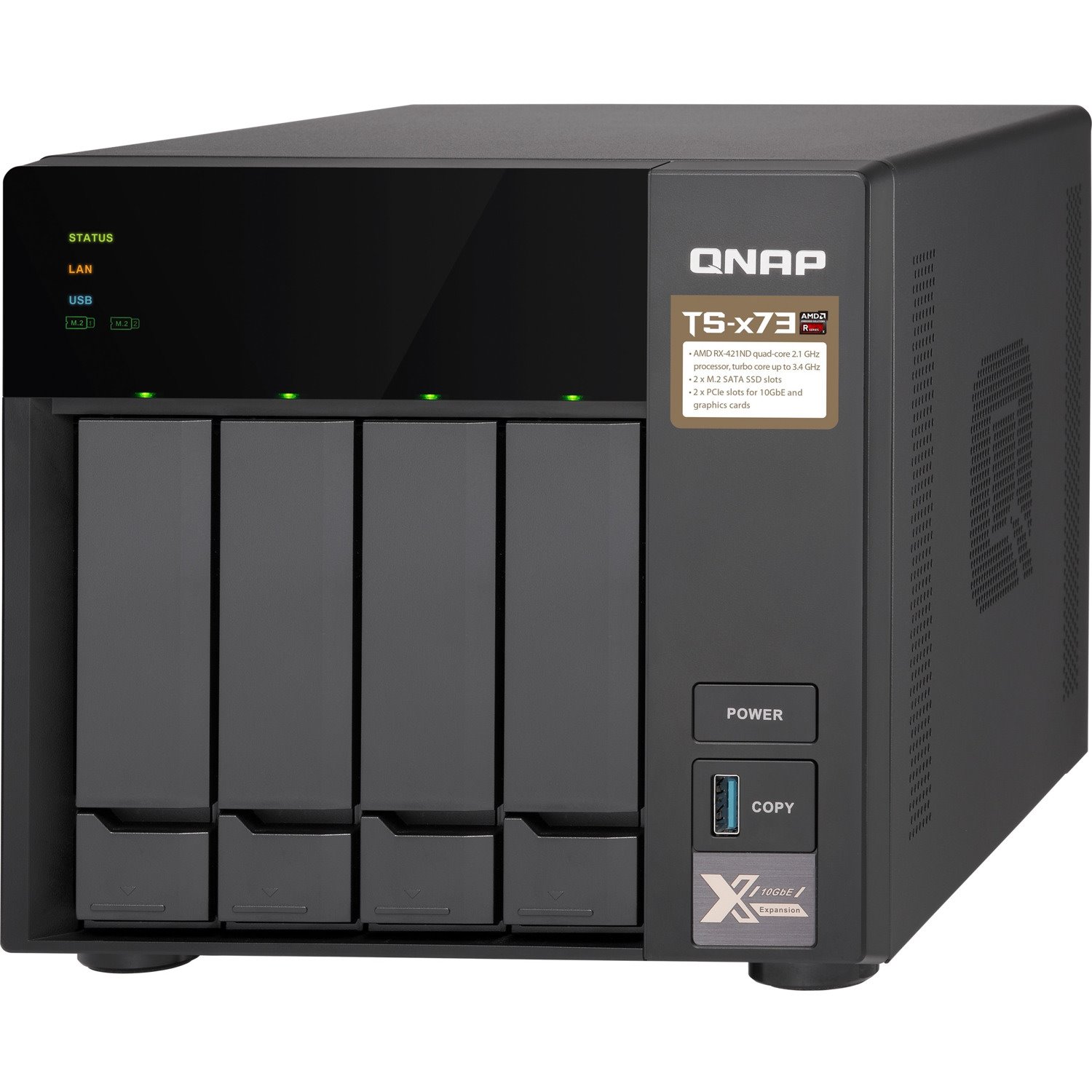 The TS-473 is powered by a high-performance and energy-efficient AMD R-Series CPU and provides two PCIe slots for greater functionality. You can install a QNAP QM2 expansion card to add M.2 SSD caching/10GbE connectivity; a compatible wireless card to use the TS-473 as a wireless access point; and an entry-level graphics card (for example: NVIDIA® GeForce® GT1030) to boost system performance for 4K video performance. The TS-473 allows you to flexibly deploy a wide range of applications with a more affordable budget.

The TS-473 features two PCIe (Gen3 x4) slots, allowing for installing single/dual-port 10GbE NICs to accelerate applications that demand higher bandwidth such as virtualization, media workflows, and backup/restoration tasks for an ever-growing amount of data; or a USB 3.1 Gen2 (10Gb/s) expansion card for transferring large media files to and from USB storage. You can also install QM2 cards, wireless network cards or an entry-level graphics card to extend NAS functionality.

Equipped with a next-gen AMD R-Series RX-421ND quad-core 2.1 GHz CPU (Turbo Core up to 3.4 GHz) with up to 64GB dual-channel DDR4 RAM, the TS-473 enables lightning-fast multi-tasking with low power consumption for up to 2347 MB/s throughput with a 10GbE configuration. With a hardware-accelerated AES-NI encryption engine, the TS-473 also provides unmatched encryption performance in its class (up to 2310 MB/s with AES 256-bit full NAS volume encryption) to boost system performance while ensuring the safety of sensitive business data stored on the NAS.

The strong and feature-packed hardware bolsters overall system performance. Coupled with a flexible and expandable architecture, the TS-473 can fulfill diverse application needs.

The TS-473 supports the innovative QM2 PCIe card that allows for adding up to two M.2 SSDs. You can configure SSD caching, or create a RAID 5 tiered storage along with the two M.2 SSDs in the NAS. As these M.2 SSDs will not occupy any 3.5-inch drive bays, the QM2 card allows you to maximize both your storage capacity and performance. There are also QM2 cards that include 10GbE 10GBASE-T connectivity to provide SSD caching with high-speed network connectivity on a single card.